Visiting ancient sites in Israel and Egypt, we will delve into mysteries of the past.

Through an alternative interpretation of biblical account and Egyptian texts we will expand our vision about the nature of spirit, the universe and our real ancient origins.

Dates and Dead Line:  the next 2021 dates will be updated when possible.

Land of the Bible, “Holy Land” is some of the names given by foreigners to the land of Israel or ancient Canaan.

The Bible which is a compilation of several ancient texts was compiled here between 1000 years B.C.

Many other ancient books with profound symbolic and esoteric meaning were excluded from the compilation which we call today the Old Testament.

The reason for excluding certain books was always to hide from the people knowledge that would free them from the authority of priests and make them become spiritually self-reliable.

This and other mystical literature were discovered in the ruins of Qumran at the Dead Sea, amongst the Dead Sea scrolls of the Essenes, and were probably brought to Europe even before by the Crusaders or the Knights Templar.

The Hebrew-Israelite culture is also responsible for the flourishing of the Kabbalah which had its roots in very ancient Hebrew oral traditions coming from unmemorable times back to Eden.

While visiting archeological and historical sites we will delve in the exotic atmosphere of the Holy Land and expand our knowledge on the fascinating origins of the Hebrews, their religion, and their link to the ancient knowledge coming from Sumer and Egypt including the identity of Moses.

We will also get acquainted with the lost metaphysical teachings of Jesus, through the Gnostic Gospels of Nag Hamady known or the Apocryphal Gospels excluded from the New Testament by the early church.

We will delve in the desert’s silence and practice meditations and visualizations to reawaken our senses and memories of the past.

This tour ends at the Red Sea where we will swim or dive in its amazing nature reserve.

The Mystic tour of Israel includes:

PETRA in JORDAN – is an optional one day tour departing from Eilat.

*Detailed program will be sent by email

“The ancient origins of high technology and Egyptian mysticism”

Dates and Dead Line: the next 2021 dates will be updated when possible

For those who continue with us to Egypt, this will be another 5 days extension departing from Tabah border we will reach Cairo by flight and visit Giza Pyramids, Archeological museum of Cairo, temples of Saqqarah and Memphis, temples and palaces of Luxor.

We will rediscover the ancient origins of the Egyptian religion and architecture and explore subjects such as ancient advanced technologies in Egypt and their symbolic connection to the Orion belt stars. We will also look into the link between ancient sun worship, the initiation school of king Akenathen, monoatomic gold, and the Hebrew origins of monotheism.

*You may take either tour separately or together: iIsrael tour meeting at Ben Gurion airport. Egypt tour meeting place: Eilat or Tabah border.

Basilicata, or Lucania is the less travelled and most mysterious of all of Italy’s regions. We will delve into the abundant nature and ancient cathedrals made by the Normans and Knights Templars in this ancient region to rediscover the origins of The Renaissance movement in Italy later on, much of the inspiration and knowledge of Da vinci and how Pythagorian sects survived for centuries in this amazing melting pot of cultures in the South of Italy.

Peruvian archeology holds mysteries of a past advanced civilization that once thrived in the Andes  before or together with the Incas.

According to the book “170 hours with Apunian Extraterrestrials” by Victo Novi , there also lives under the highest Peruvian mountain  Huascaran, a group human looking extraterrestrials called by the local people the “Apunians”.

We will visit the most important nature and archeological sites of Peru such as  Huascaran,Puma Punku, Cuzco, Saqsayhuaman and Ollataytambo and through the Sacred Valley we will reach Machu Pichu. We will practice and perform in nature the extraterrestrial contact protocol to try and make telepathic and possibly physical contact with these Apunians or with their flying crafts.  For detailed program and information contact us directly by mail or Whatsapp. 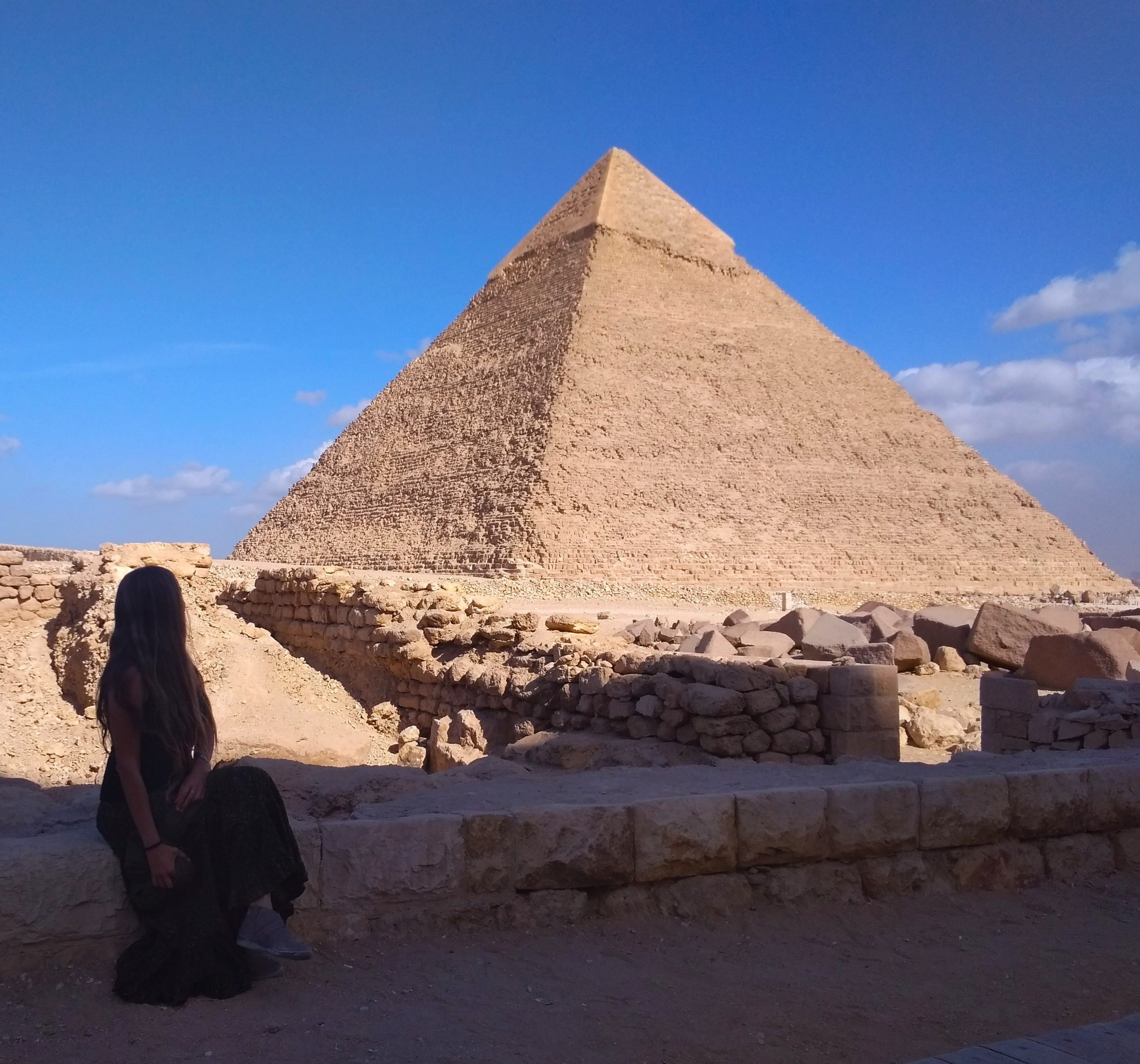 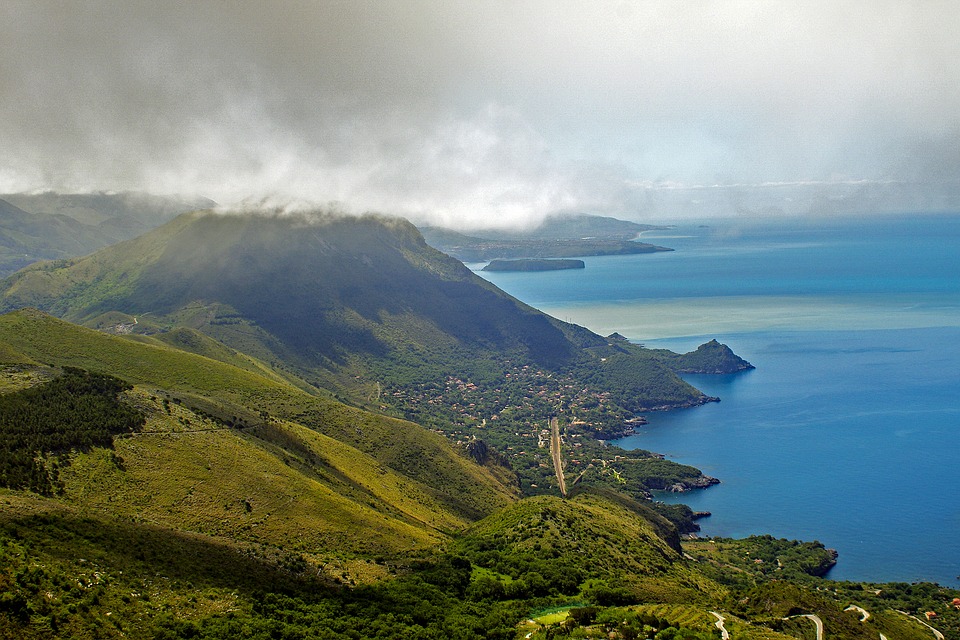 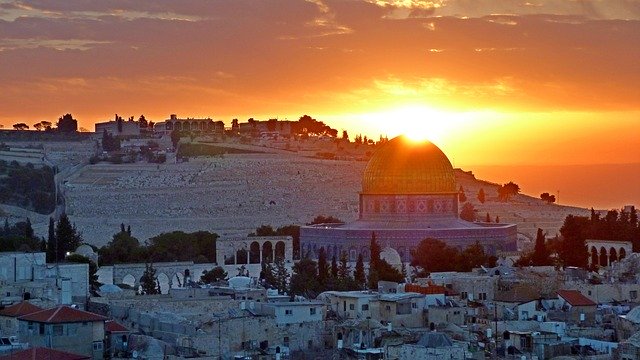 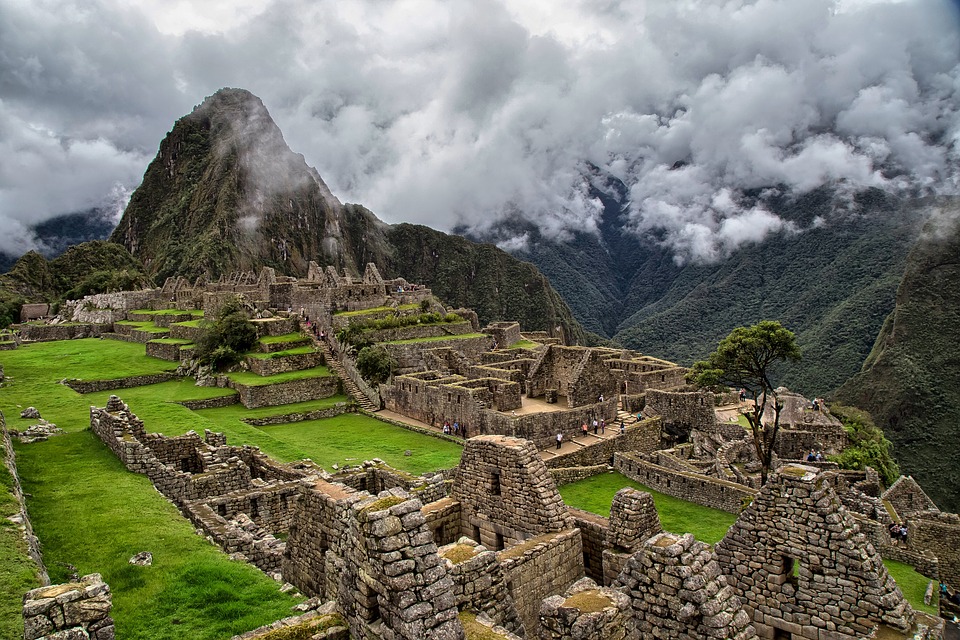 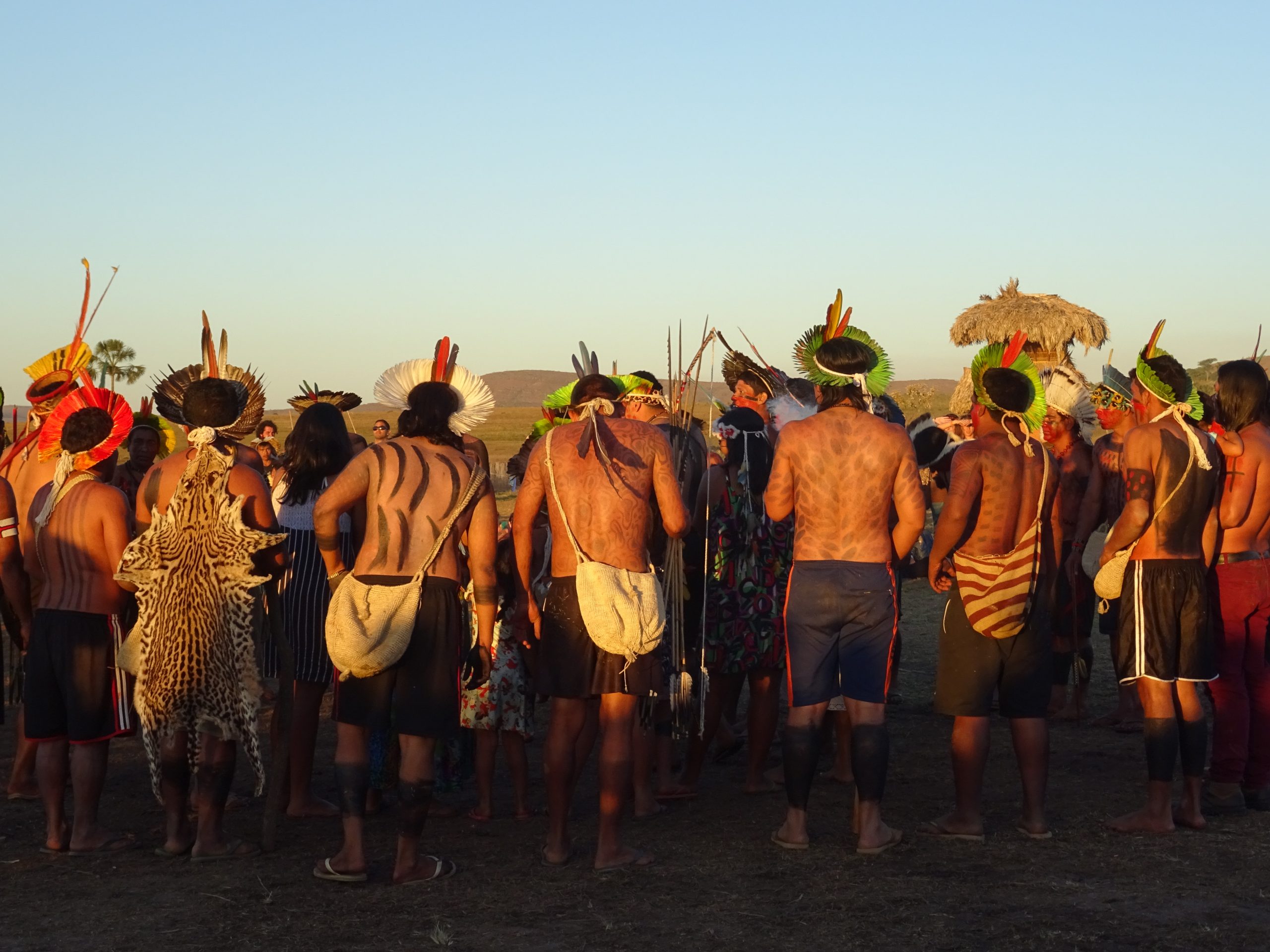 Shamanism is the name of the oldest and worldwide spiritual stream of the human race.

Every religion even the oldest has shamanic roots. Nature and Spirit are one. The “Creator” may be beyond Creation, but the last is imbedded and part of the first.

The basic view of Shamanism is that there is consciousness in matter, intelligence in nature, everything in the universe has a reason, nothing happens by chance.

Shamans were later called seers, oracles, initiates and even magicians. They were men and women of Knowing.

Join us on a shamanic journey with real native tribes of Brazil!

We will meet several tribes during their yearly tribal meeting where we can exchange knowledge and join them in their chants, prayers and dancing.

We will walk in forests and swim in crystal clear pools in the heart of Brazil.

Under professional and traditional supervision, we will purify our bodies and souls to join the shamanic ritual and integration of their local medicines. These will heal us and open a new perspective upon our lives and the world. 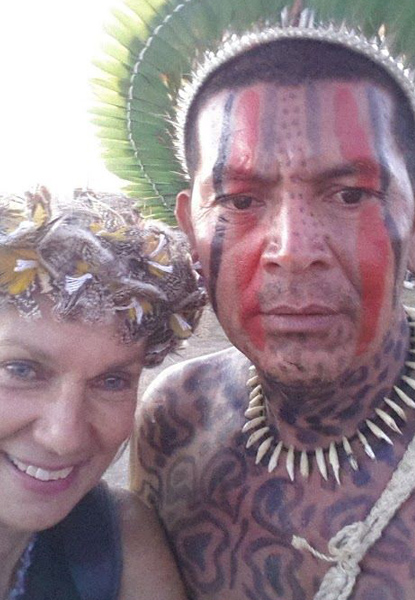 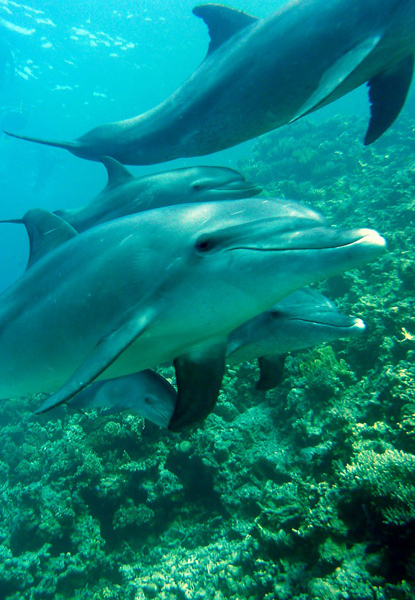 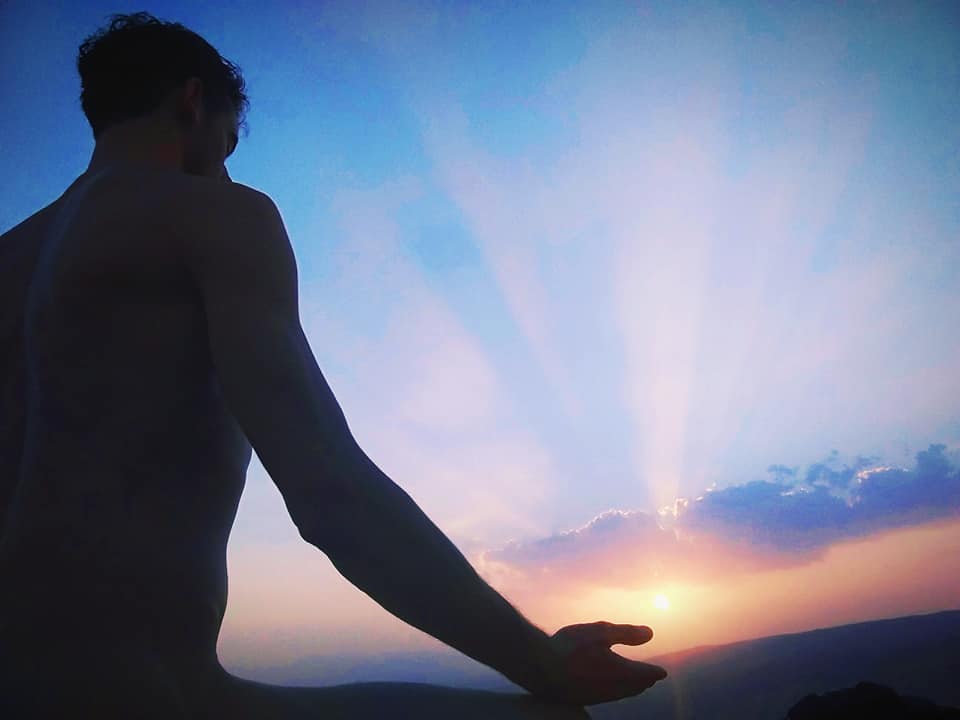 Free Diving with dolphins in the Red Sea

Free diving in the ocean is a necessary and natural skill to reconnect to ourselves and nature.

Meeting wild animals in the sea or on land communicating with them in their natural language will reawaken a part of our brain which has been sleeping for ages.

We will swim, free dive and communicate with wild dolphins off the coast of Marsa Alam, Egypt. This tour includes an introduction to animal communication as well as basic free diving skills.